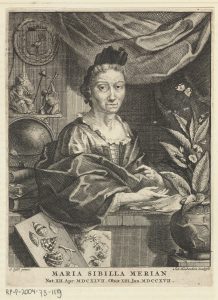 Both outside and within academia, the issue of gender diversity is fiercely debated. There is a growing understanding that equality is not just a matter of absolute numbers of women participating in the intellectual debate but also of underlying representation mechanisms. The attentiveness to such issues becomes apparent in recent initiatives taken at numerous European universities to replace – albeit temporarily – the portraits of their renowned male professors in the oftentimes age-old academic portrait galleries with their (contemporary) female equivalents.

Indeed, recent scholarship on the construction of scholarly personae indicates that meeting the prototypical image of the credible scholar with its recognizable characteristics and (physical) features proves particularly difficult for women, now and in the past. This complex relation between gender and the representation of intellectual authority has deep roots in European history, and will be addressed in this seminar through three complementary case-studies, all of which related to women who actively contributed to the intellectual domain in Northern Europe.

In Lieke van Deinsen’s contribution, the case of scholar and scientific illustrator Maria Sybilla Merian will be examined to illustrate the use of visual portraits in the self-representation of female scholars.

Beatrijs Vanacker and Merel Waeyaert will both focus on translation, which for many aspiring female intellectuals was a much-favored activity to carve out a more established position in the Republic of Letters. One in which, especially before the increasing focus on the “original” in the nineteenth century, allowed for a certain level of creativity and agency that could contribute to more authoritative stance. Beatrijs Vanacker will first present the fascinating life and career of German-born, francophone Marie-Elisabeth de La Fite, who navigated between different countries and social circles, thereby using translation as a negotiation space, in terms of a relational and a dynamic process of self-definition and self-affirmation. Merel Waeyaert will then contextualize this research focus on the “translauthorial posture” of women writers by presenting the project “Found through Translation. Translators and the Construction of Literary Authority in the 18th-Century Low Countries.”